Free Side of the Bars 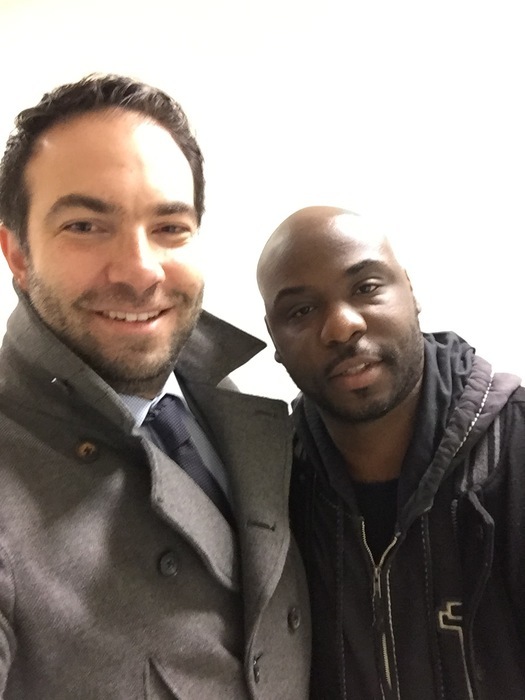 I just saw Mr. Saunders on the “free side” of the bars, unshackled, in normal street clothes for the first time ever. He was wearing jeans, a clean t-shirt, a heavy jacket, and sneakers. He was smiling. He looked healthy.

Two and a half years ago, I met Mr. Saunders in a random arraignment shift behind the courtroom in putrid holding cells, behind bars. 24 hours earlier he had been arrested for multiple street-level hand-to-hand crack sales to an undercover police officer, he was charged with eight counts of B-level felony drug sale. He sold only a few rocks. But under NY law, you could sell a grain of sand’s worth of a controlled substance, and you’d still be facing the same charge and sentence. He knew he was screwed.

On paper, at first glance, some could argue—the prosecution did argue—that he was irredeemable. Not worthy of a second chance. 29 years old, multiple criminal convictions, a violent felony assault from 10 years ago, followed soon after by a seven years in federal prison after pleading guilty to being a felon-in-possession of a firearm. Both times he plead guilty out of fear while locked up on bail he couldn’t afford, facing mandatory minimum sentences.  This arrest and his alleged drug selling while he was on federal probation.

Bail was set in the amount of $50,000. Federal probation also placed a “hold” on him, which meant that he would be transported to federal court as soon as this case was ultimately over. Because of that prior felony from 10 years ago, he faced a mandatory minimum sentence of 6 years in prison, followed by another likely two years in federal prison. Trial was not an option. He was caught red handed. All the sales were on video.

Mr. Saunders spent the next 2.5 years on Rikers Island. During that time, he reestablished ties with his father for the first time in 12 years. During those years, he enrolled in every possible program he could on Rikers, and was the model inmate. During those years, my social worker and I fought to secure his freedom by telling his story every way we knew how.

The Prosecutors Didn't Want to Hear It

The District Attorney’s office—as in most criminal cases—held all the power and their answer was always “no.” They controlled whether or not they would allow him to partake in drug treatment. “No.” They controlled whether they would agree to allow him to plead to a lesser charge so the mandatory minimum would be lower than six years. They refused. “He needs to jail time.” We and he disagreed.

“Jail time” would not just have been those 8 years. His life would be over. He’d come out close to 40 more damaged than when he went in, and the cycle would just start again. He’d back in the system shortly thereafter. He wouldn’t be safe. Neither would the public. Jail time served no conceivable purpose. This was a person addicted to drugs, who sold to support his habit, who needed help overcoming his addiction and reentering society.

We didn’t give up. We threw a hail mary. We filed a motion to dismiss in the interests of justice before the judge, comparing the gravity of the offense (at most, 8 drug sales to support his habit) with the cost to society (human and fiscal) of the alternative punishment. Emboldened by the trust he placed in us, we told his story from beginning to present. We argued that the prosecution was acting in bad faith by failing to negotiate in good faith solely because of the mistakes of his past.

Over the Prosecution’s strong objection, the judge decided to allow him to enter longterm, inpatient drug treatment, and upon successful completion dismiss the case. The Federal Judge overseeing his federal probation also agreed.

Mr. Saunders just completed his first three months of treatment and he feels amazing. The Judge was thrilled to see him walk through the front doors of the countroom, not get hauled out in shackles from the back. She wished him well. He thanked her. And then he thanked me.